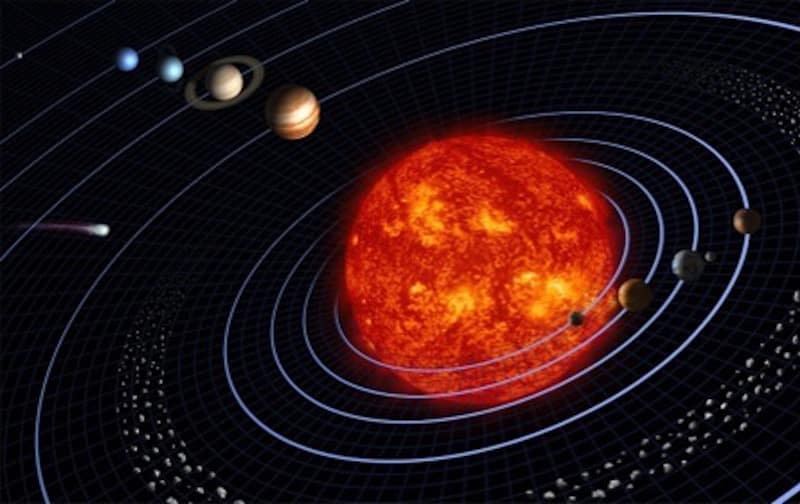 Are Meteors and Comets the Same Thing?

What is a Meteor, Is that like a Comet?

Asteroids: An asteroid is a rocky body that obits the sun in the asteroid belt (see graphic above). Some of these are massive! This belt lies in-between the orbits of Jupiter and Mars. However, asteroids can also hang out in other locations around the solar system. Some even orbit the sun in a path that brings them near the Earth.

Meteors: If the meteoroid enters our atmosphere, it will vaporize and turn into a “meteor” – those streaks of light you see aka “shooting stars” and are not to be confused with “comets”.

Meteorites: When the meteor survives our planet’s atmosphere and hits the earth’s surface, only THEN it is called a “Meteorite”.

Comets: Comets also orbit the sun like asteroids but are in an orbit all their own. Think “Haley’s Comet” that returns every 85 years – big orbit! Comets are made up of different things; in addition to dust and rocks, they contain a lot more gas and ice. If the conditions are right some comets will develop large and beautiful tails due to the combination of this dust, ice and gas.

When a comet is in its orbit and nears the sun, the ice and dust start to heat up and vaporize. Vaporized ice and dust become the comet’s tail. Unlike the temporary flash of a meteor as it enters our atmosphere, a passing comet can be seen for many nights as it travels past Earth.

So there you have it. Rocket On!